You are here: Home / cornwall rugby / Under 20s / Kevern & Gendall pleased with preparations 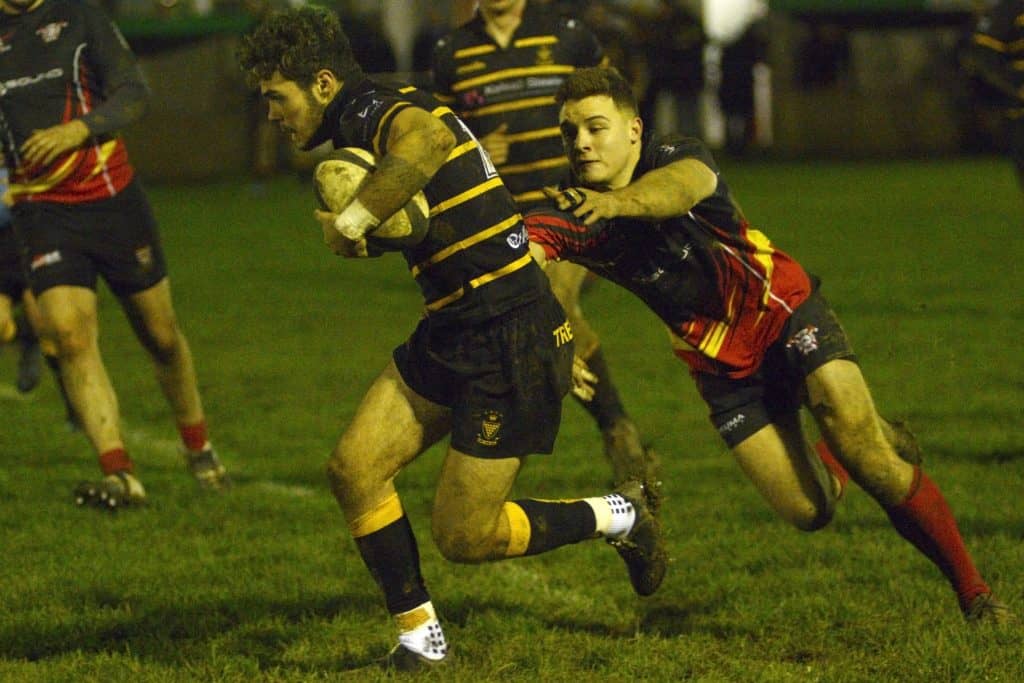 The squad played some exciting rugby with a willingness to attack when the opportunity presented itself.

The key now is to translate this form into the forthcoming Jason Leonard Cup games. With two games on the road and only one at home it will be a tough test for our Cornish lads.

After the final whistle coaches Tyler Gendall and Richie Kevern gave their thoughts on the game and the battles ahead. Gendall feels the boys are on the right track. “I feel that we are in a good place, we have had good numbers all the way through training from October onwards and the boys have brought in to what we want to do. The competition for places is red hot.

Gendall is pleased with the way his pack is shaping up. “We have got some big boys in the pack this year, good height in the lineout and players who love to carry the ball. Tonight we showed that when we get the platform we can unleash our potent backs who look very sharp.

For Richie Kevern it’s his second year coaching the under 20s and he is excited about the prospects. “We have got a proven half-back combination with James Murray and James Tucker, Tucks has been around the squad a while and has had National League experience, but we have also got other options in those positions as well. Our skipper Aaron Simmonds led well and brought his experience to the side.

Kevern also enthused about patterns of play put into place and the willingness to maintain the pressure in the red-zone. “The boys really upped the tempo at the right moments going through the phases and keeping good ball retention against a physical side. We learnt a lot last month when playing a good Redruth XV.

Thoughts now turn to the game at Ivybridge on Sunday 26th January, kick-off 2 pm. “We will have another session this Sunday and look to put our game plan in place. Selection will be tough with so many lads putting their hands up. You don’t need any motivation for a Cornwall v Devon game, a cross Tamar battle is always one to savour.”