You are here: Home / cornwall rugby / Under 20s / Cornwall go down in Leonard Cup opener 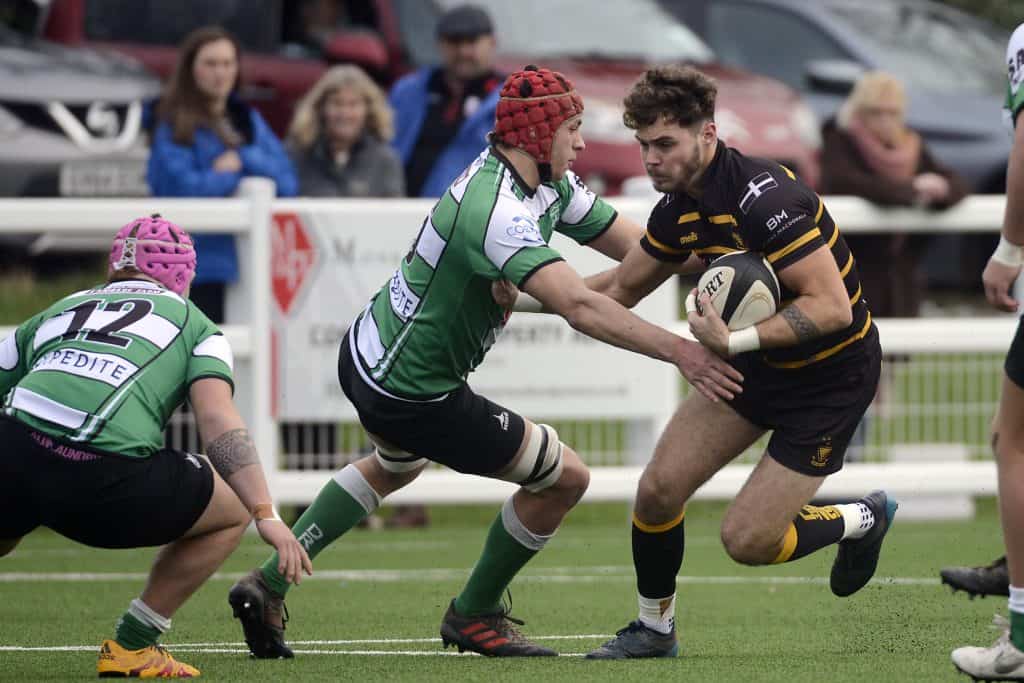 By Bill Hooper at Cross-in-Hand, Ivybridge

Cornwall got their campaign off to a disappointing start with this defeat to Devon.

Sadly, Cornwall were the architects of their own demise with indiscipline costing them dear with two yellow cards in the space of 4 second half minutes.

Devon scored two tries during the sin-binning making it a mountain to climb for the Cornish youngsters, who to their credit responded with a couple of tries.

Frustratingly, Cornwall had the better of the first half, enjoying good territorial advantage, but crucially unable to turn it into scores.

Cornwall coach Richie Kevern was naturally disappointed at the final whistle. “Indiscipline cost us today, going down the thirteen men made it very difficult. We really didn’t make the most of our chances in the first half and that was equally frustrating. We will go away now and prepare for the Berkshire game at Camborne in four weeks time.”

There were positives for Cornwall Skipper Aaron Simmonds looked very accomplished at fly-half, Tom Spiers was a handful in the back row, both the Osborne brothers in the boiler house went well, Eliot Salt carried well, whilst Mishka Fibbens made a big impact off the bench.

Simmonds gave Cornwall the lead after 31 minutes with a penalty. This was cancelled out by Harry Ottaway for the hosts. The fly-half then nudged Devon ahead with his second penalty that was matched immediately by Simmonds to leave the scores tied 6- all at the break.

Ten minutes into the second half was when it started to unravel for Cornwall. Open-side flanker Tom Spiers was harshly carded for a ruck offence.

It was then that fellow back row Cameron Taylor was binned, Devon took full-advantage launching an unstoppable forward drive with No.8 Adam Northcott scoring, Ottaway’s conversion putting Devon 25-6 up.

With the clock against Cornwall fresh legs came on, prop Mishka Fibbens made an instant impact ploughing through the Devon defence to crash over, Simmonds on the money with the extras.

Cornwall gave it a good go creating a chance for Mawgan Osborne out wide, the lock danced along the touchline to squeeze in for an unconverted try.

Now trailing by just seven points could Cornwall snatch a draw? They had chances but couldn’t take them, instead Devon made the game safe as lock Ethan Pearce made good ground evading some tired tackle before finding wing Devon Jewsbury who finished well to score Devon’s bonus point try.