You are here: Home / cornwall rugby / Under 20s / Devon take down Cornwall in under ’20s derby 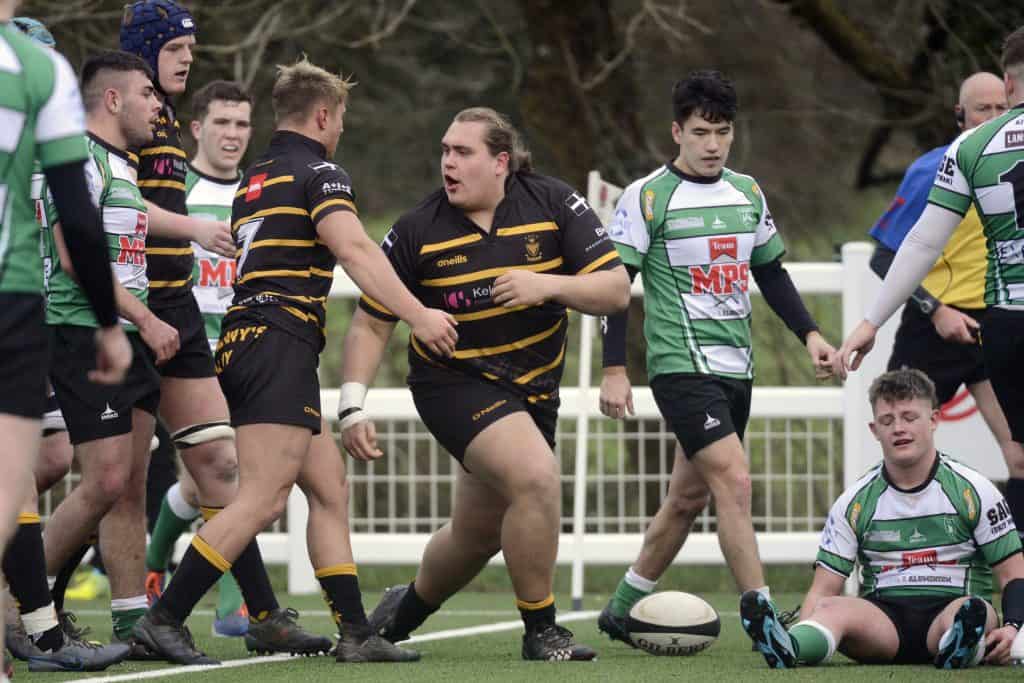 Cornwall suffered their first defeat of the Jason Leonard Cup campaign, as they fell short to Devon at Ivybridge.

Cornwall came out firing in the first 15 minutes and put a significant amount of pressure on Devon, however, a disallowed try due to a forward pass seemed to switch the momentum and saw the green and whites take the first points with a penalty kick.

Cornwall skipper Aaron Simmonds levelled the scores, as he slotted a near halfway line penalty kick to get his team on the board and back in the game.

Both teams had opportunities in the first half to score, but poor hands and a lack of execution was the Achilles heel for the two sides. A 6-6 tie at the half seemed to be a fair result. It was then up to the coaches to spark some wonder.

It was certainly a game of two halves, as Devon saw the opportunity to draw first blood. Their number eight Adam Northcott went over from a pick and go to take the scores to 13-6 with Harry Ottaway adding the extras.

Soon after Devon was in again following a successful driving maul. Cornwall found themselves trailing 18-6 with 13 men on the pitch as both back rowers had been sin-binned.

Cornwall was pinned up against the wall as Devon yet again went over for their third consecutive try and the game very much in their hands. It would require a certain level of character if Cornwall was going to bring it back from 25-6, with 15 minutes to go.

A change of personnel led to Mishka Fibbens barrelling over from the back of the maul to take the score to 25-13, with the captain Simmonds adding the extras. This sparked some more belief in the Cornwall side as Mawgan Osborne the second-rower, found himself with space on the wing. A quick turn of pace and a firm hand-off, Cornwall were back in the game with little time to play. The scores were 25-18, with five minutes to go.

Unfortunately, Devon had the last laugh as second-rower Ethan Pearce scored wide from a miss pass to take the scores to 30-18 and secure the victory for Devon.

Talking to coach Rich after the game, he said:

“We let the gap become too big with Devon and that put all the pressure on us to chase the game.

“It’s not the end of the road for boys, but losing that first game is tough. It certainly makes that job harder!”

Furthermore, Richard spoke about the character of the boys by saying:

“The character we’ve got, I am sure the boys can put on a show at home and get the win we need going into our decider against Gloucestershire.”

The lads take on Berkshire on the 23rd of February in the next round of the cup at Camborne RFC with a 1:30 pm kick-off.