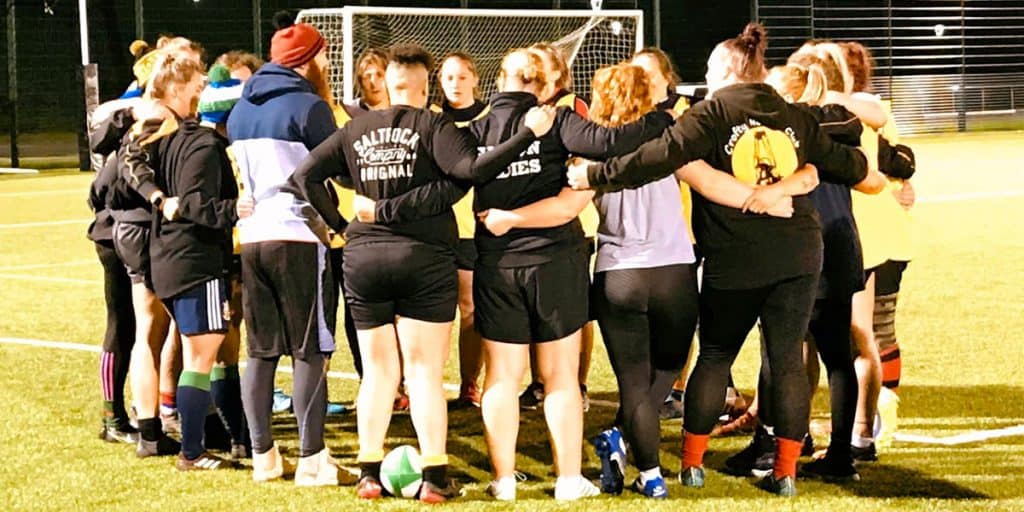 Cornwall’s girls U18s and U15s representative sides kick off their 2019/20 county festival campaigns this Sunday, although a home encounter is now being hosted the other side of the Tamar!

The U18 girls squad hit the road early on their long trip up to the home of Cheltenham Tigers, where they’ll be playing a simplified format of three 40-minutes matches against Devon, Gloucestershire and Somerset, led by coaches Ronan O’Neill (Penryn Ladies/Camborne Girls) and Jonpaul Shrosbree (Penzance & Newlyn Girls).

Meanwhile after the recent storms led to a hunt for a new venue, the U15s girls will be playing their home festival in the well-known Cornish town of… Okehampton! Despite the new location it is still a home fixture.

Coached on the day by Gavin Mountjoy (Newquay Girls) and Ross Tucknott (Penryn Girls), the girls will be playing three 30-minute matches of 15-a-side and three subsequent matches of 7s or XRugby against the same opponents as the U18s, and after a season blighted by cancellations for some of the squad it’ll be only the first, second or third 15-a-side matches they’ve ever played!

With two more identical festivals for each age group over the coming four weeks, that’s a total of 27 matches of rugby for our girls in the Black and Gold! Good luck to those involved, one and all.