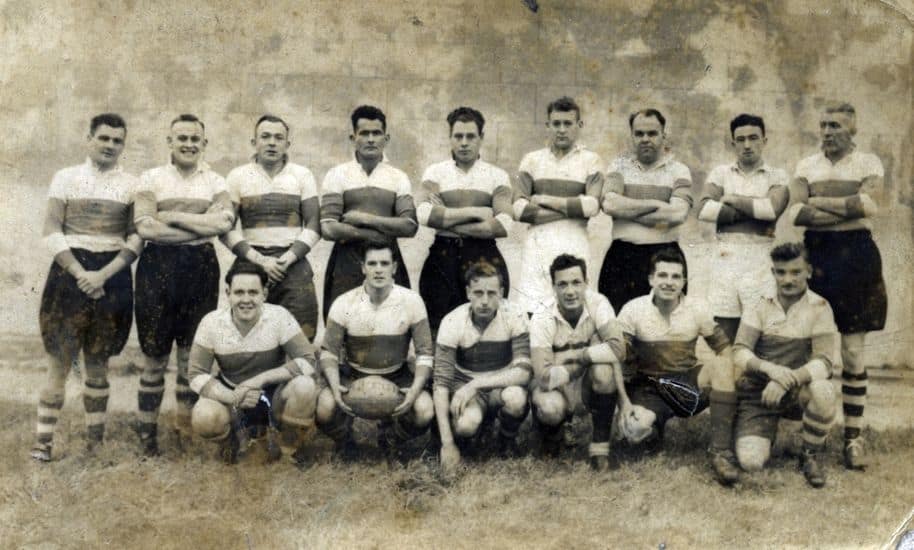 Legendary Last England International from Camborne School of Mines to be remembered!

Over the years Camborne Rugby Club has enjoyed close links with the Camborne School of Mines and in 1980 the annual Bob Kennedy Cup match began.

The game takes place in memory of Bob Kennedy an England international who played for both clubs just after the 2nd World War and who tragically died in his native Rhodesia in 1979.

The fixture is being revived on 14th March 2020 after several years absence with a suitable celebration planned to mark 40 years since the inception.

The match will be played between Camborne Presidents XV and Camborne School of Mines with an 11.30 am kick off at Camborne’s Recreation Ground.

This is the first time the fixture has been played for more than 15 years and it is taking place thanks to the foresight and support of Dr Pat Foster, Director of Education Camborne School of Mines, Simon Griffiths, Chairman of the CSM Rugby Club and the Camborne Rugby Club’s President Bill Hussey & Vice Chairman Terry Williams,

Camborne RFC are also indebted to a number of past Camborne SOM students, lecturers and supporters who have generously donated funds towards the game and a post match celebration for more than 100 guests.

Bob Kennedy came to the Duchy shortly after the end of the 2nd World War as a 20 year old to study at the Camborne School of Mines. As an extremely talented player his prowess was soon recognised and more than a dozen appearances for Cornwall followed over the next three seasons that culminated in him winning three full caps for England in 1949.

Kennedy also turned out regularly for Camborne RFC and Club stalwart Ted Williams recalls vividly the elusive winger’s debut for the Cherry & Whites and the repercussions it caused.

Bob played his first match for Camborne against Redruth in front of a crowd of more than 4,000 on Feast Monday 1947. Two other CSM players, T.G.Williams and Peter Malan also featured in the home back division in what was a unique game being the first match to be broadcast on the radio post war, on what was then known as the West of England BBC.

Kennedy is pictured 2nd right back row in the team photo taken that day (see above).

Camborne won 13- 0 much to the consternation of their local rivals and the story goes that Redruth later complained to the Cornwall Rugby Football Union about the ‘School’ players turning out for ‘Town’. A bye law was subsequently introduced that CSM players could only play for other clubs out of term time.