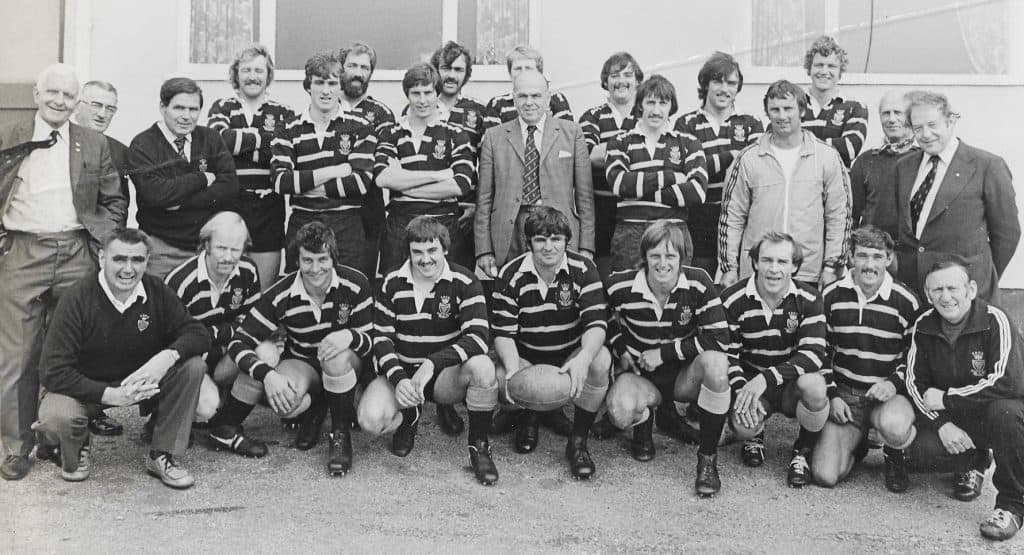 It is with great saddness that Cornwall RFU has learned of the passing of former county captain Terry Pryor.

Pryor (pictured above when captaining Cornwall) played for Cornwall on 55 occassions, captaining the Duchy during the 1977-78 season.

Pryor, a fine prop, played in a front row containing Stack Stevens and John Trevorrow at hooker, through the mid to late seventies.

A Redruth man, he captained his club in their centenary year in 1975.

An England trialist and replacement, Pryor captained England B on their tour to Romania in 1978.

He was also a Barbarian and played for the South West Counties in 1975 against Australia on the old County Ground in Exeter. Pryor and Stevens proped whilst Devon’s John Lockyer hooked.

Pryor went on to be an outstanding coach, mentoring the likes of Phil Vickery and Trevor Woodman.

Apart from Redruth he coached at Penryn and St. Austell and was involved with the county side.

A charming man, always had time for a chat, he will be sadly missed.

Everyone at the CRFU will wish to express their most sincerest and heartfelt condolences to Terry’s family and friends.

Funeral details will be published on the website when known.