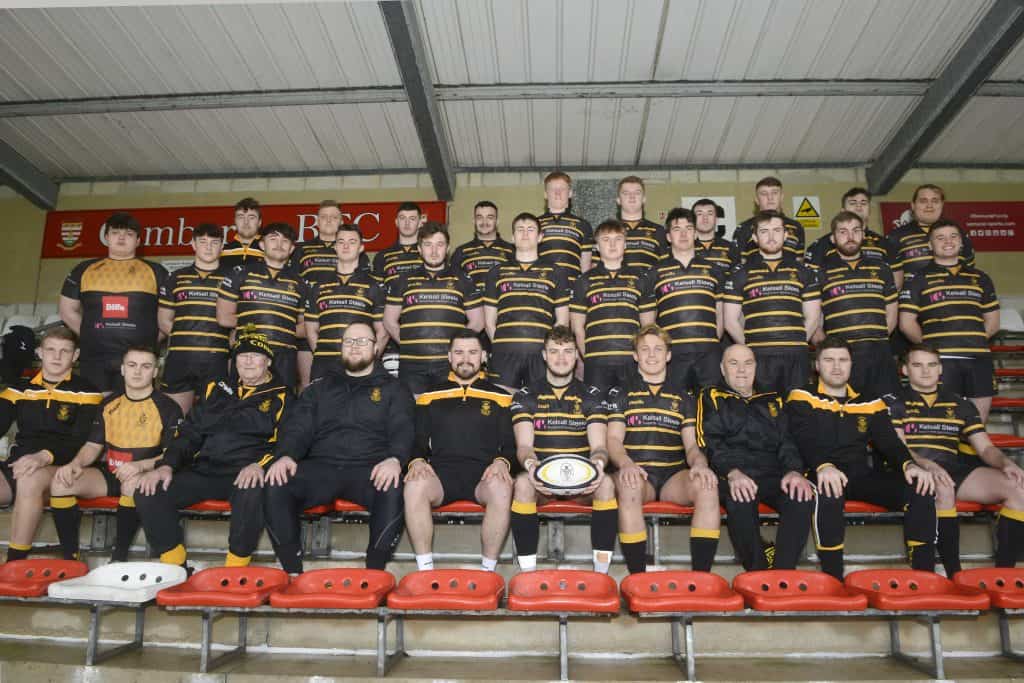 Sadly Cornwall’s U20’s season ended with them unable to play their home quarter-final v Hertfordshire due to the coronavirus which led to the stoppage of all rugby by the RFU.

Cornwall’s season started in November with a team building afternoon kindly hosted by Truro RFC. This was followed by a number of training sessions and two warm up games before the Jason Leonard Cup the RFU’s U20 County Championship competition began in late January.

The first game’s result was a disappointment, losing to local rivals Devon at Ivybridge RFC. This was a reality check for the players with them being told in no uncertain terms by the coaches that lose the next game and we could face relegation for the first time from the top tier of this competition!

This rallied the players and after training in storm Ciara and Dennis it was on to face Berkshire at a wet and windy Camborne RFC. A great performance saw them win with a bonus point. Due to the other game in the pool ending in a draw, all 4 outcomes were possible from the last game.

The final pool game was all to play for and being Gloucestershire away at Dings RFC it was always going to be a hard fought game!! The lead swapped and momentum swung one way then another. With 15 minutes to go Cornwall were losing by 10 points and Berkshire were beating Devon, which if the results stood would result in Cornwall being relegated. The squad of 22 showed true grit, passion and pride in wearing the “Black and Gold” shirt to overcome the 10 point deficit to win by 4 points, earning a try bonus point to boot. The other game saw a win for Berkshire so Cornwall had gone from 3rd in the table to winning the pool and the right to a home quarterfinal v Hertfordshire. Unfortunately as they say the rest is history!!

Every game is recorded and observed by selectors and of course the coaches. At the end of every game they get together and name a “team of the day” from 1 to 15. These teams and the match recordings are then sent to the South West management team and England counties management team. They collate all the information and watch the games before inviting players to the South West trials which can ultimately lead to England trials and the potential of an England counties shirt.  This week the South West released the names and positions of players who would have attended the South West trials. Sadly due to the circumstances neither the South West nor the England trials will take place this season but it is great for the players to know they made the grade at that level.

11 Cornwall players from 7 different clubs were selected for the South West trials;-

Congratulations to all of the players on their selection, but also commiserations, as they unfortunately are not able to display their skills at the next level. However 7 of the players are eligible next year so!

As the season ended abruptly it is also fitting to say a big thank you to everyone involved with the U20’s this season and of course the clubs and spectators who have supported us. Especially;-

Management Board – For their support and guidance

Work has already started to collate the 2020 – 2021 with regards to players. We have a number of players who are eligible from this season, a number transitioning from the U18’s. We will also write to all clubs in September asking for them to nominate suitable players and of course the management team will be out observing matches and players during the season to identify potential players.

The criteria for a player being eligible;-

Anybody who meets the criteria and wishes to be considered should initially contact the team manager Colin Hatch 07967725368 or hatch0348@btinternet.com

Finally everyone involved with the Cornwall U20’s would like to thank them for their support and encouragement and look forward to seeing you next season. In the meantime and during these difficult times please follow the government guidelines and “Stay Safe”

Footnote. Colin Hatch, who wrote this article, also deserves a big thank you for all the hard work he does on behalf of the Under 20s. The CRFU are indebted to him.