You are here: Home / cornwall rugby / 40 years of service marked by presentation 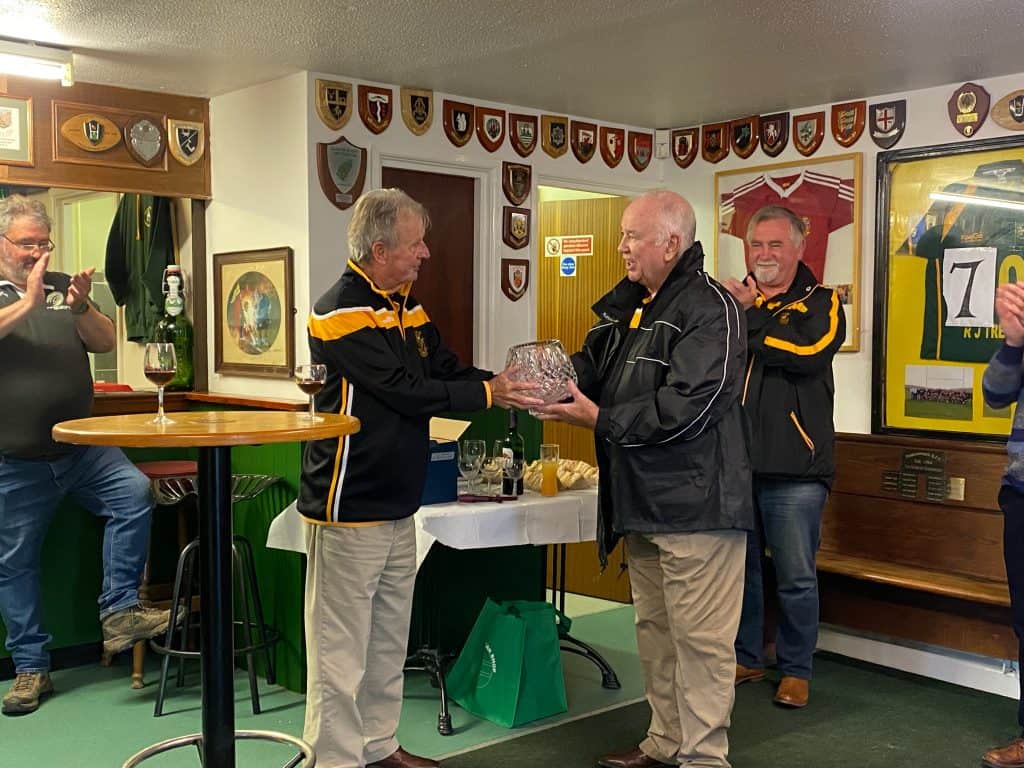 As well as celebrating Saunts completion of his 150 mile walk at Perranporth RFC on Saturday 7 August we were able to catch up on a presentation we had been hoping to make earlier, and a very special celebration too.

President, John Sumnall, was able to congratulate David Martin on his completion of 40 continuous years as a Committee Member of the CRFU by presenting David with a suitably inscribed glass bowl. David first became a Committee member when he was appointed as Cornwall Schools Representative following the sad and sudden loss of his brother Victor in 1982. In the ensuing years David has held the positions with the CRFU as Chair, President, RFU Council Representative for 14 years, Representative Rugby Football Schools Union, Chair Disciplinary Committee, Liaison Officer for the many times that Cornwall Clubs and Representative Teams have played at Twickenham and has been elected as a Life Member of the CRFU. Whilst RFU Council Representative David held positions as Chair Laws Sub Committee, Secretary Nominations Committee, Governance Standing Committee and numerous Disciplinary Panels. He also had the honour of representing the RFU at various matches and other events. As a referee David was well respected as a long standing member of the Cornwall Rugby Referees Society having been President and also a RFU Panel Referee for 9 years.

Truly, a remarkable list of activities and commitments especially as he is presently Facility Manager with the CRFU Club Development Committee.