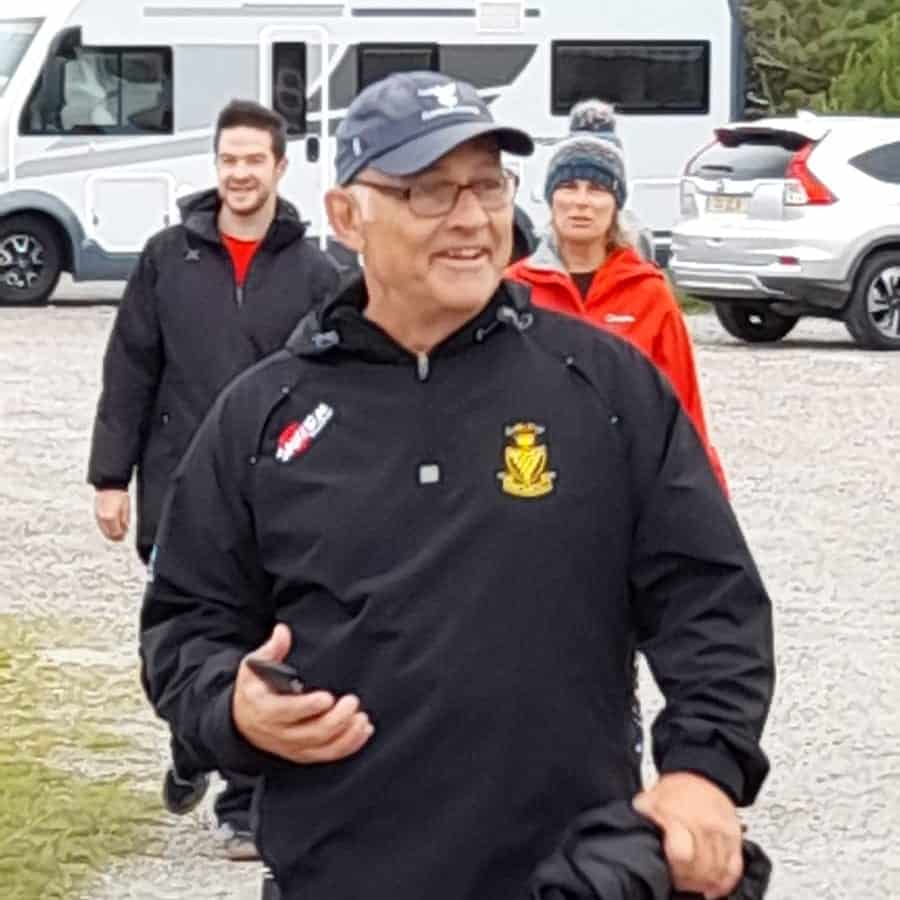 The first of the three events by the CRFU to celebrate the 150th Anniversary of the RFU was completed as Saunts, CRFU Chair, finished his 150 mile walk on Saturday at Perranporth RFC. He was accompanied at various times by members of Bodmin RFC, his wife Jenny and other colleagues from rugby.

CRFU President John Sumnall had arranged a reception at his Club to welcome Saunts and fellow walkers and he was met by Club members and members of the CRFU Management Board. The Club had arranged a “Fun Day” to celebrate the event and some 90 children, parents and club players took part in a series of touch rugby matches by mixed teams.

Saunts walk was in response to RFU President, Jeff Blackett, stating that he would be walking 150 miles visiting as many Clubs and Counties as possible and asked that Constituent Bodies and Clubs to join the fund raising for The Injured Players Foundation. At the reception the Perranporth Club donated £739 that had been collected from car parking at their Club. Further donations may be made to: Link to Just Giving Page below.

The next event will be the CRFU Presidents Challenge to all Clubs in Cornwall to complete 150 laps of their pitch in teams of as many as they wish and whenever it is convenient for them. The final event will be held on Wednesday 03 November when the CRFU Management Board will accompany the RFU President from Saltash RFC to the middle of the Tamar Bridge where we will be met by Devon RFU who will accompany him to Tamar Saracens RFC.