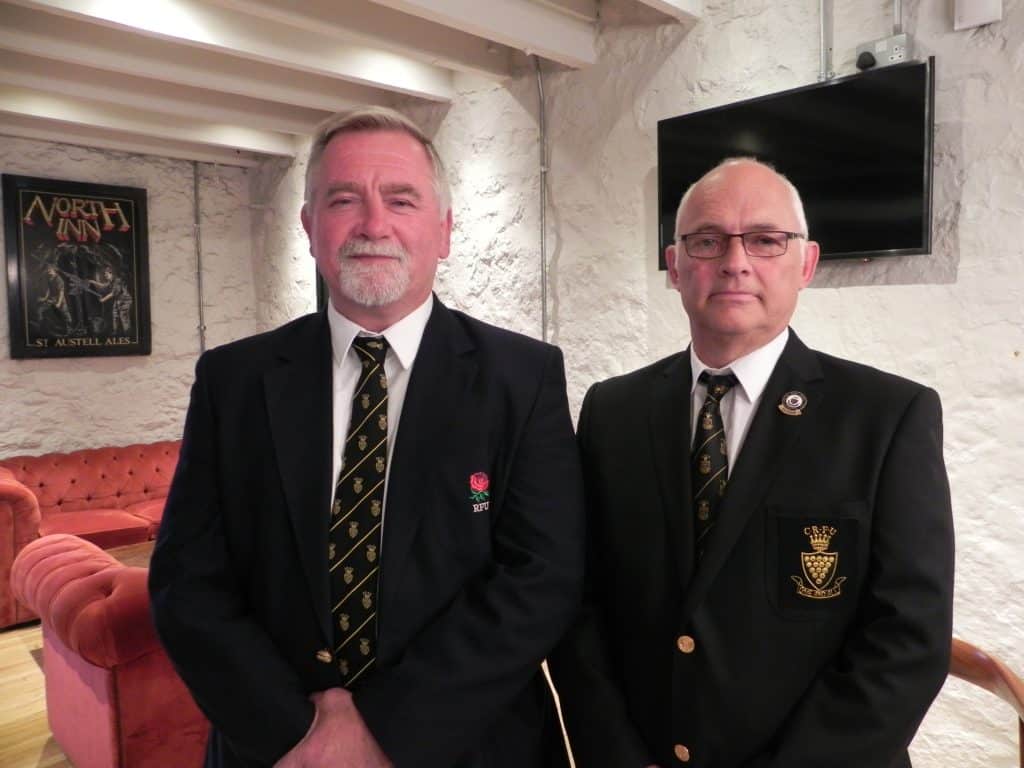 With our Supporters Club coming out of lockdown it was good to touch base with our valuable supporters.

Alan was able to give them an update on how matters were progressing regarding the County Championship ahead of the RFU Council Meeting next month.

Dave re-iterated the CRFU’s thanks to TASC for all that they do for Cornish rugby, which is greatly valued and appreciated. He also announced that the CRFU will be making a donation to the club’s funds from the sale of redundant kit.

Following the meeting a pasty supper was held and enjoyed.