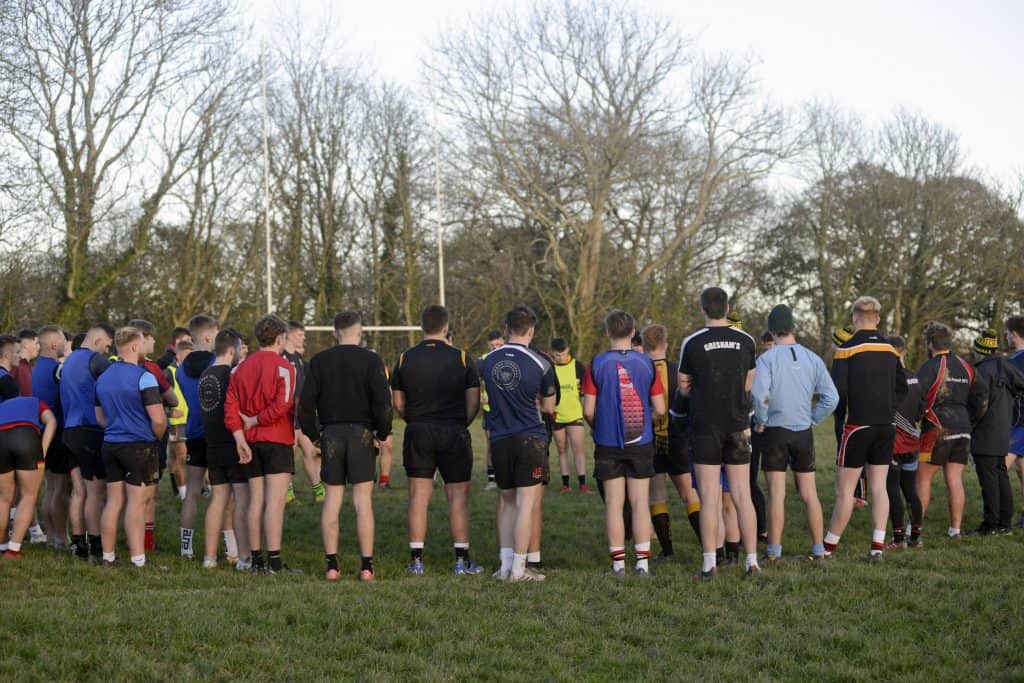 Over 50 players assembled at Truro RFC last Sunday as the Cornwall Under 20 squad launched their preparations for this season’s Jason Leonard Cup campaign that will commence in January.

Everyone was welcomed by CRFU Chairman Dave Saunter.

Once again Tyler Gendall and Richie Kevern head up the coaching staff with Adam Kevern assisting.

Part of the day was given to the President’s Challenge, team manager Colin Hatch takes up the story. “

As part of the 150 anniversary of the RFU, both the RFU President and our own President John Sumnall challenged individuals and teams to raise money for the Injured Players Foundation with the theme of “150”.

He added. “50+ players attended and each completed 3 laps of the Truro pitch making a total of 150 laps completed. All of the players and the back room staff were also required to donate 100 pennies this was then enhanced so that for every 100 pennies a further 50 pennies was donated making a total of 150 form everybody attending. The total raised was £100 pounds for the injured players foundation which is an excellent commitment from these young players.

“Thanks to one and all for participating”.

The squad will now meet up on a regular basis with a couple of warm up games programmed ahead of the championship.