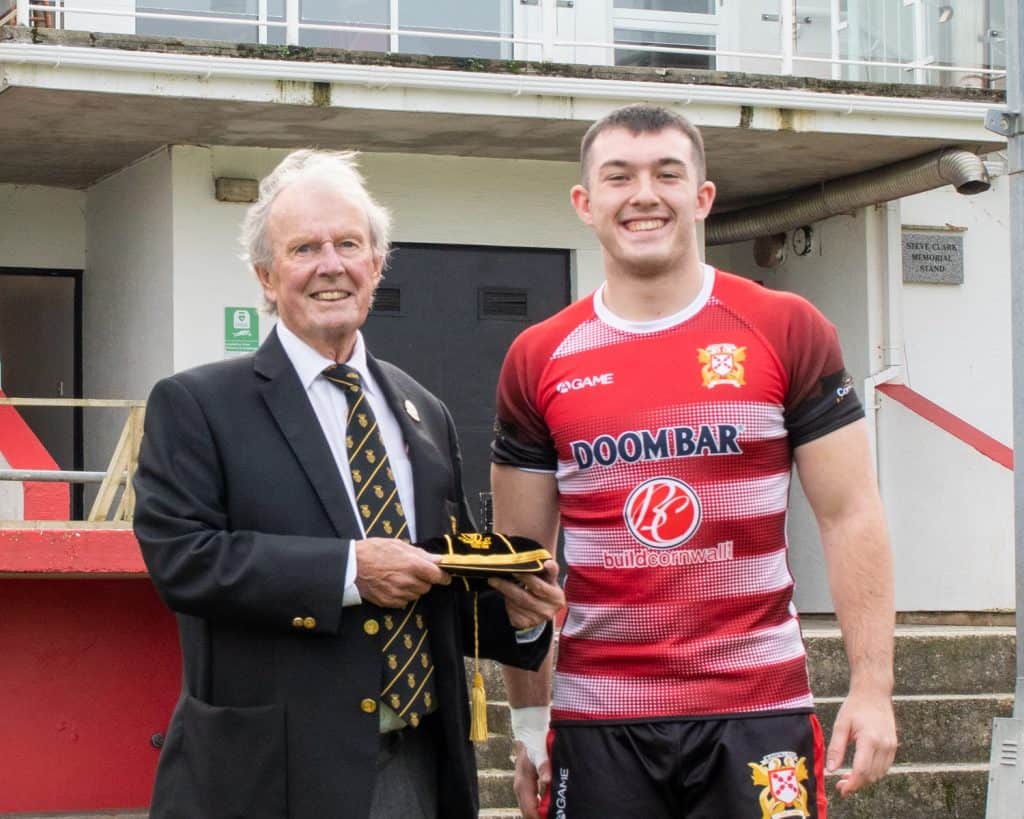 As we approach the halfway point in the season, I can advise that the Cornwall RFU is in good heart after the ravages of the pandemic and looking forward to the second half where hopes are realised but can also be dashed.

Probably, the most disappointing situation that was realised in the early season was that not all players were returning to rugby with some Clubs suffering more than others. It is sad to report that Stithians RFC, founded in 1890, withdrew from their league and we are not sure whether we will see their maroon shirts on the playing field again. One or two other Clubs have struggled to raise a side but have generally succeeded whereas some Clubs have increased their playing strength and are probably in a better position now than they were before the pandemic. The Cornwall Referees Society report that slowly their numbers are returning but have not been helped by abuse of some of their members and resultantly have lost two of their stalwarts. A very sad and worrying piece to report.

However, it is not all disappointing news as we had a visit from the RFU President Jeff Blackett as part of the 150th Anniversary of the RFU when he and his wife, Sally, undertook a 150 mile walk as part of the celebrations and began one of their days’ walk at Saltash RFC. Fund raising was undertaken for The Injured Players Foundation (IPF) and they were met by members of the CRFU, Saltash RFC and other rugby followers who then accompanied them across the Tamar Bridge to meet the Devon RFC. We, in Cornwall, are carrying out our own celebrations and fund raising for the IPF when our Chairman Dave Saunter (Saunts) also undertook a 150 mile walk. Also Clubs have been given a challenge by myself to carry out 150 laps of their pitch using as many players as they wish. Final fund raising will take place at the County Championship matches.

At long last the County Championship matches are being released and on Sunday 23 January the U20 team play Devon and on 06 February they travel to Dorset & Wilts. Cornwall Ladies are drawn in a pool of Middlesex, Dorset & Wilts and Somerset, dates to be advised. We still wait to hear when we can begin defending our title as holders of the Bill Beaumont Trophy as well as the opponents and structure. For updates on these three Trophies may I suggest you use our web (crfu.co.uk).

We were very honoured to be invited to help celebrate 100 years of Crawshays RFC and we will be hosting this invitational XV on Saturday 30 April at Camborne RFC. Cornwall RFU congratulate Penryn RFC on attaining 150 years and trust they have a successful season.

In the new year we understand that we may learn of our new Patron.

Finally, may I wish you all compliments of the season and hope to see some of you as when I visit a Cornwall Club each Saturday to spend the afternoon with them.