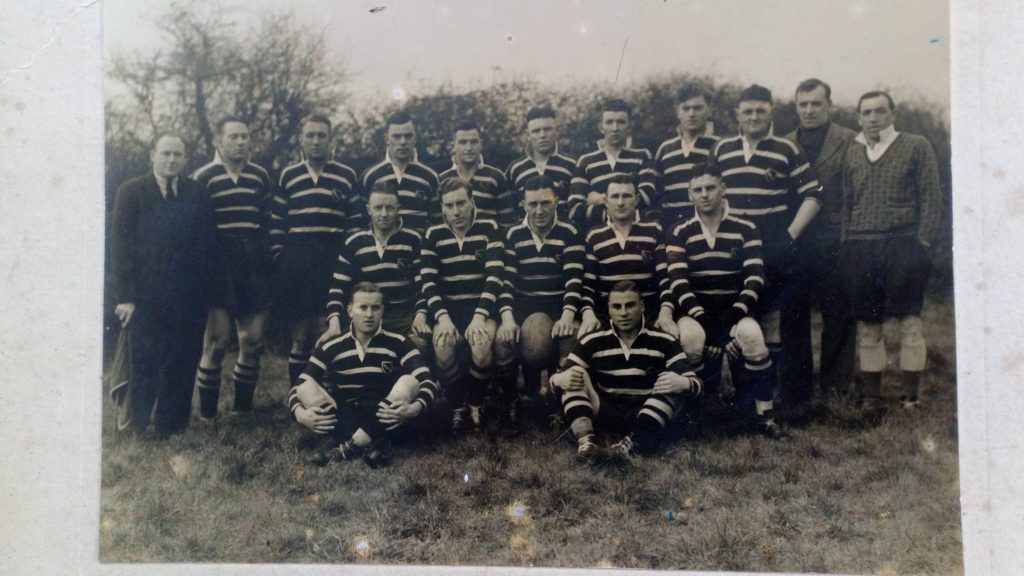 Some of the players I could recognise such as Roy Jennings and Frank Roberts, others I guessed at such as Francis Gregory and Frankie Pappin.

I then realized that the date on the back of the photo was incorrect and that it was 1935, having managed to identify some of the players, I stumbled by chance on another copy of this photograph in the archives and on the back it had the date of the game, score and the names of everyone in the photograph!

Cornwall won the game 33-6, it was played so to enable Dorset RFU to apply to join the RFU!