You are here: Home / CRFU / Under 18s / Seven Cornwall Under 18’s picked for South West 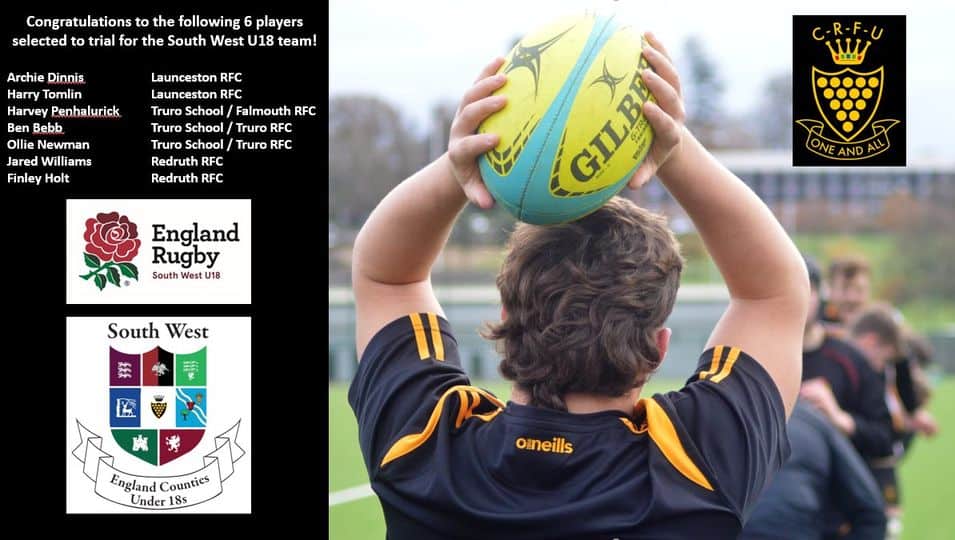 Following Cornwall Under 18’s second and final game in this season’s County Games, seven of the squad have been picked for the South West.

CRFU congratulate the seven, who are named in the graphic.

We also congratulate all players in the squad, along with coaches and admin, for their hard work.

Focus will now turn towards the Under 17 squad for this part of the season.