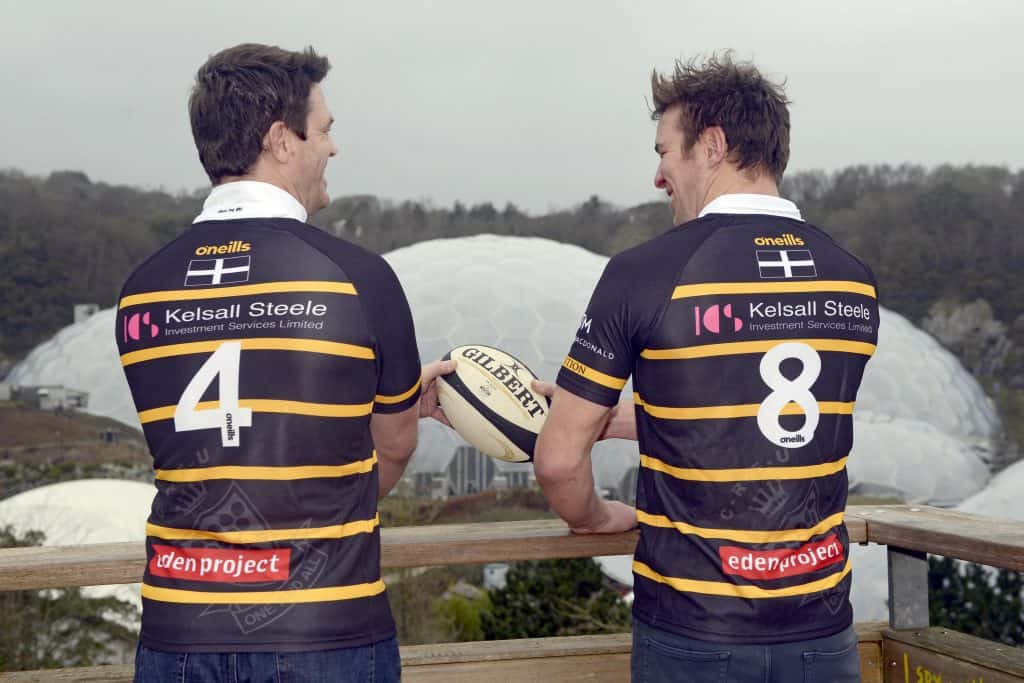 There was an excellent turnout at the Eden Project on Sunday as the CRFU were guests of the Eden Project. Players and their families were treated to a buffet meal and access to the attraction.

The event also saw some good ground plans put in place ahead of this season’s Bill Beaumont campaign as well as the prestigious friendly game in April against Capt. Crawshay’s XV.

As well as familiar faces from previous campaigns there were also some exciting new players keen to show their talent in the black and gold shirt.

CRFU Chairman Dave Saunter welcomed everyone to the event and his welcome was echoed by David Rowe from the Eden Project, who’s logo will once again feature on the Cornwall shirt this season.

Following the usual housekeeping information for the squad and training plans laid out by Marek Churcher, there was an opportunity to recognise some of the award winners in last season’s Mitsusbishi Volunteer Recognition Awards, namely Ian Grantham (St. Austell RFC) and both Joss Pascoe and Orlando Davies (both Truro RFC), presentations were made by CRFU President John Sumnall.

John went on to say that despite many hurdles to overcome, with some goodwill and hard work we had a county championship to look forward to this season and it was down to us to make a success of it and he felt confident that Cornwall would once again prove to be a shinning light in the Bill Beaumont Cup.

Members of Trelawny’s Army Supporters Club were also present and they are delighted to confirm that they will be sponsoring the match balls for not only Cornwall’s home games this season but also for the home games involving Cornwall Women in the Gill Burns Cup and the upcoming Jason Leonard Cup quarter-final to be played on March 20th.

A raffle , featuring some excellent prizes courtesy of the Eden Project, raised the fine sum of £200:00 for the RFU Injured Players Foundation.