You are here: Home / cornwall rugby / Under 20s / Aaron Simmonds finally gets his cap!! 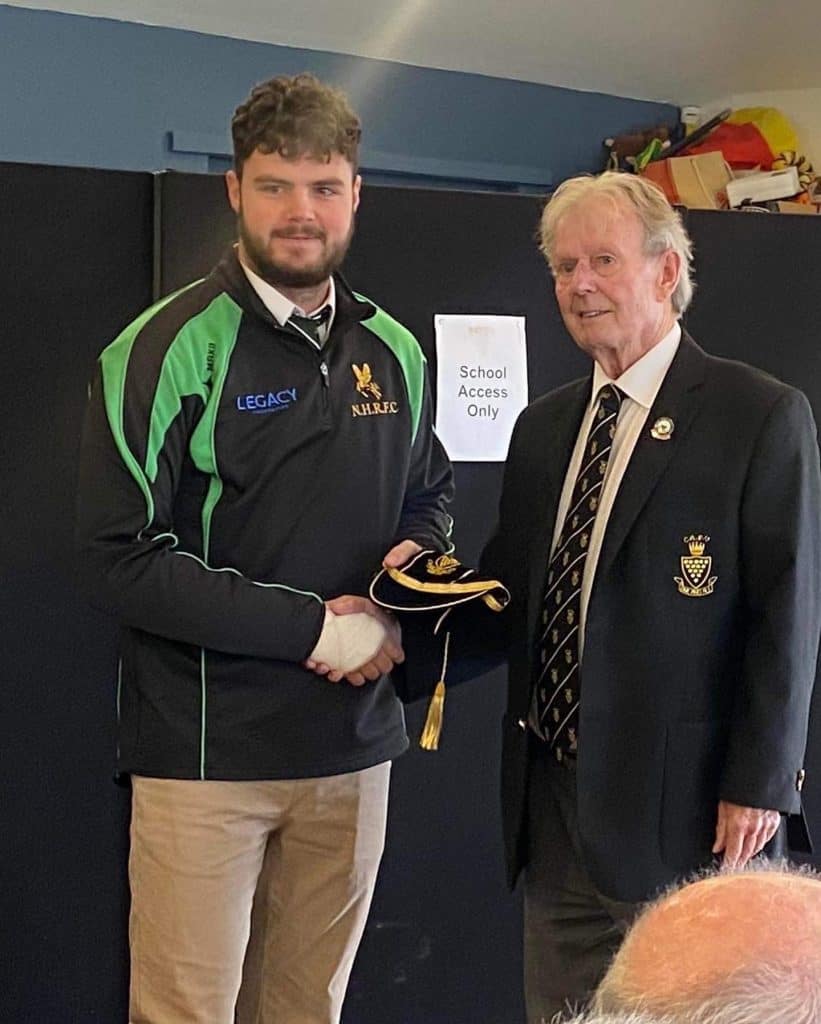 Aaron currently plays for Newquay Hornets RFC was recently presented with his U20’s cap by the CRFU President John Sumnall at his home club on their vice Presidents’ Day.

Aaron earned his tie on his first appearance for the U20’s back in February 2019. He was a regular squad member until the last game when Covid 19 struck in the away victory against Gloucestershire in March 2020. During the 2019/2020 season Arron also captained the Cornwall U20’s.

Had it not been for the pandemic he would have potentially made several further appearances and had his cap presented at one of the games in front of his teammates!

The CRFU President congratulated Aaron on his achievement and wished him well in his future rugby career.