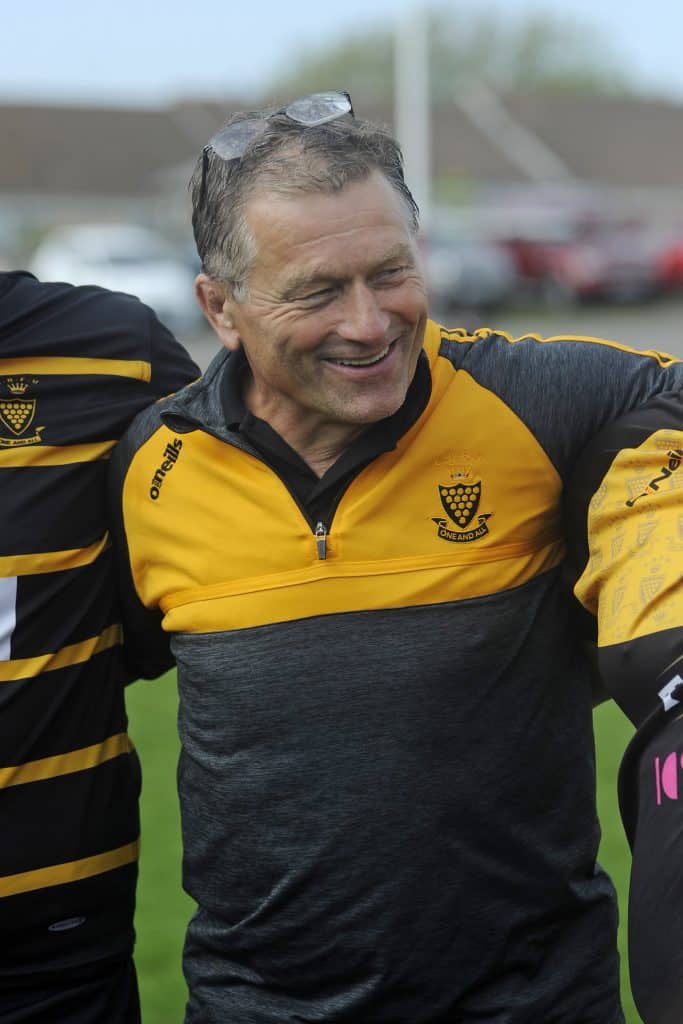 By Bill Hooper at the Recreation Ground.

Cornwall’s head coach gave his thoughts on Cornwall’s performance on Saturday. “I was pleased the way the guys came together this week and they were very determined to put on a show today. First of all get the win and then score some points and get as many as we could.

Dawe was pleased by the way forwards and backs came together. “It was a good balanced game, Hampshire made it difficult for us during the first quarter of the game, we conceded a few penalties but stayed in the fight. If we keep chopping and kept our shape we could turn them over and we did.

Asked if he was relieved to get the bonus point so early in the game. “It’s always a strange one because you have the bonus point but at that point in the game it’s still to be won, you can’t get carried away but five points is better than one.

Did he feel the game was in the bag at half-time. “Well not really, you never know what could happen, just remember what happened at the Wales v Italy game.

Graham was asked about the impact his bench had on the game. “We needed to see how the replacements would go, half-time we changed both props bringing on Luke Barnes and Declan Prowse, also Edd Pascoe in the second row, he showed us his huge work ethic and put in a lot of tackles.

Looking ahead to the Hertfordshire game the result must give the squad confidence. “I think so, it won’t be just the Hertfordshire team that will look at this result but hopefully also the referee who should give us a little bit of credit and respect. It’s always very hard going away and referees often make the big calls that cost you the game. He’ll recognise that we have a good team here, it will be a battle and it will come down to those sorts of decisions, we’ve learned a lot from today’s game, especially in the tackle area. Away to Hertfordshire, our biggest rivals in the group over the past ten years we can’t take anything for granted.

Asked about the present state of the county championship, Graham remarked. “I am so disappointed by the way the RFU have gone, I appreciate they have lost money and are trying to balance the books but they have to realise that rugby players want to play. Representative rugby is so important at our level, these guys aren’t going to play International rugby at the elite level, but they can be proud to pull on a county shirt and go to the next level. I think they are doing rugby a huge disservice by not putting more into the county championship or an equivalent competition. The commitment and passion of these players to want to play in the competition in undeniable and they deserve the full support of the RFU”.