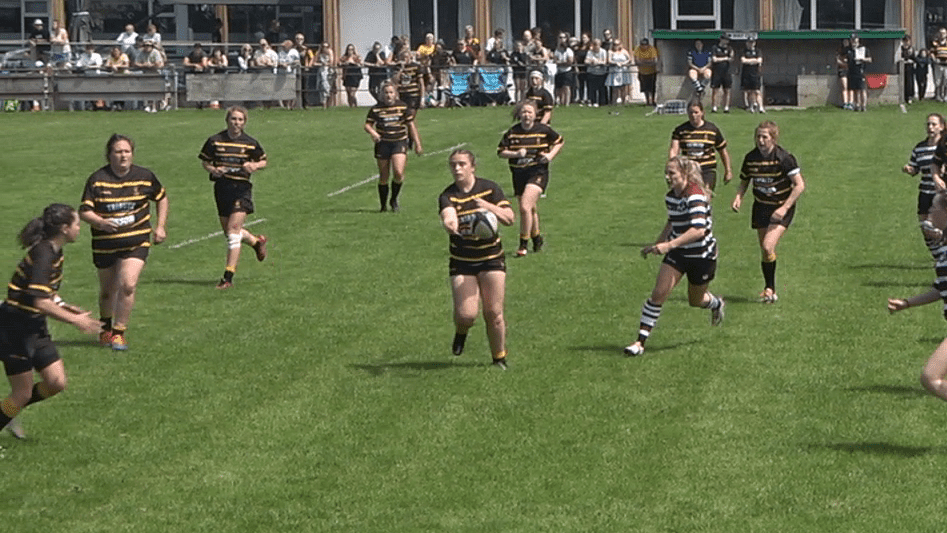 By Bill Hooper, at Hayle RFC

Following their dramatic win against Somerset Women 28-27, which saw them through to the Gill Burns Division 3 final at the Richmond Athletic Ground on Saturday 4th June against Notts, Lincs, & Derbyshire Women, I caught up with some of the coaches and players for their reaction and thoughts on the game.

First up was forwards coach Jo Holden, I asked her what more could she have hoped for. “Well a better first half, my heart was racing during the first 40, but to comeback and end up winning is just…..so unbelievable.

Asked how she felt when Cornwall went a couple of scores down. “It was the first time this season we found ourselves in that position and I knew it was going to be a big test of character for the girls, we train hard and practice these situations, but I do feel that our defence was a little slack first half, but they ended up bossing the game, they knew what they had to do.

“They just dig deep and find a way they play for that shirt and badge more than any other group I have been involved with. I am just so proud of them all.

Jo had fulsome praise for the Cornish props Mel Ruby and Kim Upcott. “They absolutely slaughtered them, as a forward coach I couldn’t have asked for any more from them, they really helped us boss the game.

I then caught up with head coach Ronan O’Neill. “It was a marvellous performance we’ve been trying to get the girls going forward all week, I think they a little bit of what the men’s side had yesterday at Hertfordshire, after half-time they came out and worked their socks off, I couldn’t be prouder.

Asked about the stoppage early in the second half and the effect it might have had on the girls. “First and foremost we must send our best wishes for speedy recovery to the Somerset player. During that period the game was stopped we pulled together and kept the focus.

“We are going to give the squad a bit of a rest before we start preparing for the final, we go again on Wednesday see how the girls have come through this game. We have got a big headache trying to pick the squad because they all chomping to be part of it.

I then spoke with skipper Verity Holden. Asked how she felt. “I am over the moon, I can’t put into words how I feel right now. Half-time I felt we had our backs against the wall, then we had the early stoppage due to the injury and fell further behind, but wow, what a reaction from the girls they dug so deep to earn that win they have left me in pieces.

Asked about the half-time chat. “There were a lot of words and to be fair a lot of the girls stepped up, they all knew what they had to do and what needed to be done, hats off to the pack they smashed the scrums in the second half and won a lot of turnover ball, whilst the backs tackled like demons yet again. The tackle count again today was in the high numbers.

I then spoke with centre Tia Larson scorer of two of Cornwall’s tries but who also had an outstanding all round game. I asked about her two tries. She said. “The first one, the space just opened up in front of me, Holly Williams got the ball out to me, but it was a team effort try. The second try was bit lucky a miss-kick from them under pressure went high and it fell towards me I just took it and the backfield was clear, I just went and got to the line.

I asked how she was looking forward to the final. “It’s what we have all worked for, it’s going to be epic, we have made history as the first Cornwall Women’s team to reach a final and I am so proud of that. We have proven what we are about and we are here to stay.

Finally I caught up with prop Mel Ruby. “We were a little bit under the cosh first half, but we really got it together second half and drove them back, this is just so unreal!

“Everybody brought in to the second half everyone was onboard giving their all, we really jackled the ball well at ruck time. When Somerset had the ball our defence was awesome as it’s been all campaign. “I am buzzing for the final now, I never been part of something like this. Jo (Holden) will make sure our feet are on the ground next week when we get back to training.”