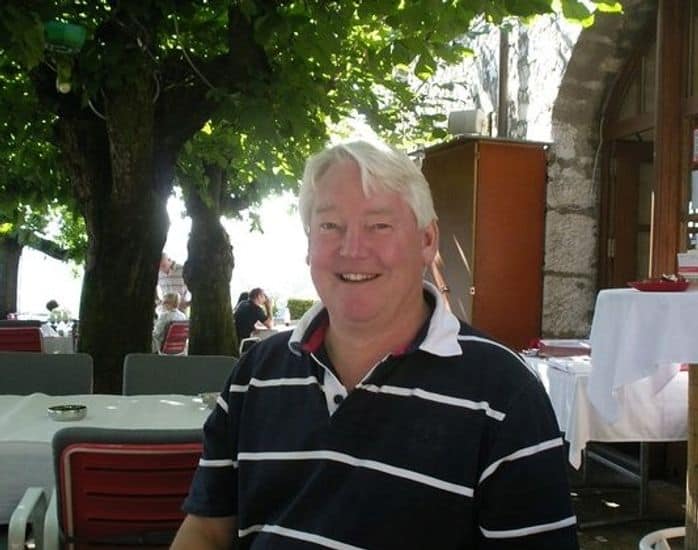 Cornwall RFU were saddened to learn of the passing of Chris Passmore, for many years St. Austell RFC’s CRFU Representative and a valued committee member.

The President of the CRFU John Sumnall along with the officers wish to express their sincerest condolences to the family, friends and all at St.Austell RFC on their great loss.

The following was posted by St. Austell RFC;

It is with great sadness that St Austell RFC learnt of the lost of another great Clubman with the passing of Chris on Saturday.

Chris was an exuberant and joyful character that often lit up Tregorrick with his sharp wit and delightful eloquence. His words of encouragement from the stands were always perfectly formed and beautifully delivered so it is no surprise that Chris was an amateur thespian of some renown and a talented artist.

Chris used to be a teacher and he took great pride in seeing many of his former pupils turning out the Saints and Sinners.

Chris contributed a lot to St Austell RFC as a volunteer over many years working tirelessly in the background to ensure that match days went smoothly. He served on the Executive Committee for many years and also represented the Club as our County Representative at the CRFU. Chris also supported County events volunteering as a steward at many Cup Finals and Cornwall games.

At this stage, the intention is a for a quiet family funeral in line with Chris’ wishes but if anything changes details will be posted on the website.

On behalf of everyone at St Austell RFC, I would like to express our heartfelt condolences to Chris’ family and close friends. Chris was much loved at Tregorrick, and he will be greatly missed by “One and All”.
Rest in Peace Chris.