You are here: Home / Representative Rugby / Cornwall U.18 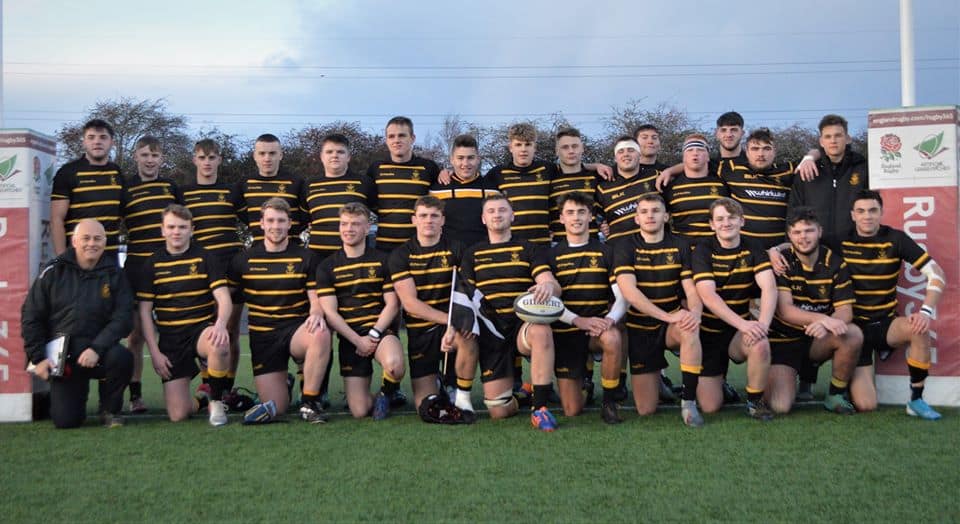 The Cornish 18’s stick 8 tries on Bucks 18s to finish their campaign undefeated and on a high!

Bucks 18s went into the match with a confidence boosting win against Devon in their last encounter and were a much fancied team with the selectors. True to form, Bucks had the better of the early exchanges, camping in the Cornwall half for a solid 6 mins after a Cornish early mistake from the kick off. The Bucks boys probed the Cornish defence who stood up well and was not found wanting.

Cornwall with 3 U17s playing, none of whom looked out of place and none more so than flyhalf Sam Walker from Falmouth RFC. The 16 year old with great composure and a useful canon of a left boot used the wind well to push Buckinghamshire back into their own half.

The Cornish front row at scrum dominated their opposition in the first half and this put the Bucks backs under a lot of pressure which resulted in a well read intercepted try for Sam Walker to scamper in from 20m out.

Buckinghamshire replied quickly and well with a lively scrum half spotting space in the tight 5m left channel on the blindside. With quick thinking the 9 looked to go open but switched to the blind and created a 2 on 1 which was well taken for a fine score of their own from distance. This was on the 14min mark and then the next 26 mins was all about the Cornwall forward pack creating space and possession, winning collisions and scrums for the direct running and off loading game of the Cornish backs. Cornwall ran in 4 more scores in the first half through Kit May (St Austell Centre), George Hutchinson (St Austell Wing) Jack Hoskin (St Austell Lock) and finally Eddie Pearce (Newquay Fullback) The half finished with Buckinghamshire on the attack but getting held up on the Cornish line by Jack Mills (Saltash Openside Flanker) and Jack Hoskin and then losing possession with the ball to be kicked out for half time with Cornwall leading 25-5.

A very good half but a few areas for development around how we started and how our lineout functioned but overall it was about maintaining our focus and intensity with the coaching team very pleased at running in 5 scores.

In the second half Cornwall emptied the bench which lost some of our continuity and forward dominance. Buckinghamshire for their part were able to a degree of parity and momentum up front which made for a tighter contest.

The Newquay flanker Dillon Newton now on after missing the last match through injury was keen to make an impact, however he took a knock early in a clash with the Bucks right wing, which needed to be assessed, however the robust forward was back in action shortly afterwards with rampaging runs and ultimately with Newton crossing the white wash with an outstretched arm to open the second half score 30-5.

Cornwall continued to keep the score board ticking with our forwards sucking in the defenders resulting in Bucks having to commit more players to the break down in order to halt the black and gold tide. This created space out wide and centre Kristian Davis (Saltash RFC) with a neatly executed 15m pass found Dom Tresidder (Camborne RFC) to go over on the right. 35-5

The last Cornish score was a forwards try through talisman tighthead prop Declan Prowse having come fresh from representing Chiefs U18s at Allianz park on Friday night against Sarries. Our lad from St Just from 3m out was not going to be stopped. 40-5

Buckinghamshire to their credit rallied and with 2mins on the clock benefited from a wayward cross field clearing kick to run in from 50m out unopposed. Bucks finished the match in the Cornwall half which showed their quality and determination and if it was not for another Eddie Pearce fullback last ditch tackle they were sure to score again, as it was, It was the Cornish forwards who denied their opponents winning the ball off a Bucks maul 3m off the Cornish line to end the match.

Sam Walker the 16 year old flyhalf was awarded the man of the match from our gracious opponents Buckinghamshire but notable mentions need to go the Cornish forward pack who did the business up front for our backs to take the glory.

I shall end with a quote from Dave Saunter CRFU Chairman: “That was as good a game of rugby as I’ve seen from the Under 18s in many a year”

We wish both teams and players all the very best with the SW divisional selection process and we are hopeful that we will have a healthy showing from Cornwall.